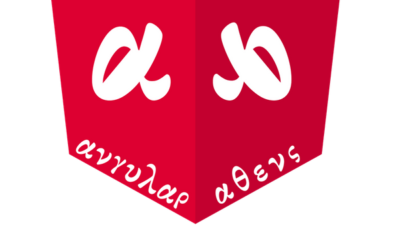 It is widely known that Javascript has evolved during the past few years. Angular is a widely known framework as well. What I am going to write in the next lines has nothing to do with the language itself. Instead I will talk about my experience from my participation in the AngularAthens meetup.

AngularAthens meetup was founded­­­ by Stefanos Lignos and Katerina Skroumpelou and is being organized every two months at Innovathens inside Technopolis City of Athens in Gazi area. The content of the meetup includes speeches, gifts, such as a book on Angular programming or coding seminars, as well as lots of networking, food and drink.

From the first meetup, which was made on 23 of April, since today Angular community is supporting all the effort being made and as a result the members of the AngularAthens lists more than 500 members. Some of them participate in the organizational team and some of the are participating actively in the meetup’s organization. The most recent meetup was made on 18 of September, and had a participation record of 130 participants.

It is being supported by large companies in the particular field of expertise and software development in Greece, such as Intrasoft International, Trasys, Plex.Earth and Anixe as well as educational institutes in the software and web development, such as SAE Education and Code.Hub.

That being said, I will now state my opinion about the AngularAthens meetup.

I was not fortunate enough to be on the very first meetup. I managed to be part of it, as a simple participant on the event of 18 of September.

Seeing people of all ages there, wanting to connect and learn from each other was great. One might say that is the very place, where someone can show what he has to offer to the community.

Innovathens, the place where the meetup is being held all this time, was great despite some technical difficulties that occurred. All the speakers and their presentations where intriguing, and the audience was also great. The organizers gave us a warm welcome and made it feel like you were home.

Being a developer myself, I strongly believe that if you don’t read, evolve and keep being up-to-date, you participate in game you will never win.

By participating in such meetups, you can expand your knowledge and meet people that have something in common with you. You might meet future partners and create new collaborations.

The AngularAthens meetup, is something to hold on, and it will be up to the community not only to keep it alive, but also to keep it growing. As far as I am considered, I will do my best to take a more active part in the future, by taking the stand and sharing my experience with Angular and what I have to offer in the Angular community. Do not forget to join AngularAthens on Slack.

FacebookTwitterLinkedIn
We use cookies on our website to give you the most relevant experience by remembering your preferences and repeat visits. By clicking “Accept All”, you consent to the use of ALL the cookies. However, you may visit "Cookie Settings" to provide a controlled consent.
Cookie SettingsAccept AllReject All
Manage consent

This website uses cookies to improve your experience while you navigate through the website. Out of these, the cookies that are categorized as necessary are stored on your browser as they are essential for the working of basic functionalities of the website. We also use third-party cookies that help us analyze and understand how you use this website. These cookies will be stored in your browser only with your consent. You also have the option to opt-out of these cookies. But opting out of some of these cookies may affect your browsing experience.
Necessary Always Enabled
Necessary cookies are absolutely essential for the website to function properly. These cookies ensure basic functionalities and security features of the website, anonymously.
Functional
Functional cookies help to perform certain functionalities like sharing the content of the website on social media platforms, collect feedbacks, and other third-party features.
Performance
Performance cookies are used to understand and analyze the key performance indexes of the website which helps in delivering a better user experience for the visitors.
Analytics
Analytical cookies are used to understand how visitors interact with the website. These cookies help provide information on metrics the number of visitors, bounce rate, traffic source, etc.
Advertisement
Advertisement cookies are used to provide visitors with relevant ads and marketing campaigns. These cookies track visitors across websites and collect information to provide customized ads.
Others
Other uncategorized cookies are those that are being analyzed and have not been classified into a category as yet.
SAVE & ACCEPT
Go to Top